Mictionnary of useful made phrases (under construction)

de novembre 05, 2013
A recopilation of some catalan spanish and french phrases, carefully translated, useful if someone must go to an English speaking event.

A
A negroe ones' breakfast.
A gypsy man can't jump over it. (c)
A hundred and the mother (c).
A person who eats soup, think all things.
A person who has not work, combs the cat.
All cats are brown by night. (c)
And all will be walked. (c)
Another rooster will sing us!
Anyone can say "wheat" until it is in the sack and well tied.
As fast as a lightning. (c)
As taller, more animal.
At passed bull. (c)
At the end and at the cape (c)
At the head and at the end...

B
Bad shits drown you and bad shit doing needs tighten up you.
Be good people, but if you can't, don't make her pregnant.
Big delete and new account. (c)
Brother example is the best preacher. (c)
By the face! (by the short leg!)

D
Dead the dog, dead the rage. (c)
Do it slowly and with good letter; to do the things well is more important than to do them. (c)
Don't bit the hand that feeds you.
Don't come to me with the tale of the little tear.
Don't eat me the coconut!
Don't fuck me!
Don't look for three legs of the cat.
Don't say wheat until it be not in the sack and well tied.
Don't touch me what doesn't sound...
Don't trust even in your own father.
Dry shit.

E
Elect her thin and clean, because fat and dirty she will became herself.
Every stick must support its own candle. (c)
Every little teacher has his little book. (c)
Every owl al its olive tree. (c)
Everyone who wants fishes must wet his own arse.

F
Five, I put in to you by the arse. (c)
Flies cannot enter in a closed mouth. (c)
For the pains, a touch of knife; and for the sorrows, a glass of wine!
For the time I have left in the convent, I defecate inside. (c)
Four eyes see better than two. (c)
Fourteen, take a shit and have breakfast.
Frankie the chocolate dealer (or maker). Títol de cançó
From after... (c)
From Christmas to saint Steve.
From grapes to pears.
From head to feet (head).
From lost to the river (c).
Fuck yoursef as Herodes sayd (c).

G
Given for touched.
Go to born panthers!
Go to shit to the railway.
Go to take by arse! (by the sack!)
God will give us from it.
Good night (good morning) and good hour! (and go to the heaven, when it will be the hour!).
Good night and cover yourself.
Good wind and new ship.

H
Happiness stands little time in the poor's house. (c)
He can't support his own farts.
He doesn't have hairs in the tongue.
He doesn't see three people on a donkey.
He doesn't touch either quarters, either hours.
He has a hole in his hand.
He has seen his own ears.
He has seen the ears of the wolf.
He has the hand broken in this matter.
He is a very erected boy!
He is always moving to the hottest sun. (c)
He is taller than saint Paul.
He who doesn't want dust shoudn't go to the was.
Here comes the summer and here comes the fruit and son of a hare who doesn't squat. (c)
Here I catch you, here I kill you! (c)
Here peace and afterwards, glory.
Here, the silliest one repairs watches.
Honey is not made for pig’s mouth. (c)

I
I can’t say bean.
I have a particular donkey: it sees where I want when I want. (c)
I would put the hand on fire.
If a person approach a big tree, he will be covered by a good shadow. (c)
If a rooster doesn't sing, it has something in the neck. (c)
If I had seen you, I don't remember. (c)
If it arrives the case to be whore and bad paid, it's better to be a honarated woman. (c)
If my grandfather arose his head... (c)
If someone goes to Seville, looses his chair. (c)
If stones would talk...
If the eyes don't see, the heart doesn't fell. (c)
If you are a good understander, you have enough with a few words. (c)
If you get up early, it doesn’t sunrises earlier. (c)
If you have a given horse, don't watch its teeth. (c)
If you pay, Saint Peter will sing.
If you put your hand on, you have it under. (c)
If you see your neighbour shave his face hair, put yours in wet. (c)
If your wife wants you to jump from the balcony, search a low one. (c)
I'm neither prophet, either son of a prophet.
In may everyday a bit of rain.
In a troubled river, gain for the fishermen. (c)
In summertime all the caterpillar are alive.
In this betrayer world, nothing is true, nothing is false; everything is of the color of the glass you are looking trough. (c)
It doesn't pass beyond the Earth (the floor).
It has bollocks!
It is what was missed for the hard (an old five pesetas piece)
It's better to be brocken than bent. (c)
It's better to be quiet and seem silly than to open the mouth and demonstrate it. (c)
It's better to be the lion's tail than the mouse's head. (c)
It's better to have a bird in the hand than a hundred of them in a picture. (c)
It's better to have a grain in the skin than a little one in the stomach.
It's better to have an aragonese woman than strength. (c)
It's late and it wants to rain.
It's longer than a day without bread.
It’s not turkey’s bogey. (c)
It's raining and it's sunny, the witches comb themselves.
It’s raining at jugs. (c)
It's time to count money.

L
Letters go into someone by blood. (c)
Life is four days long and we are in the second one. (c)
Like a ring to the finger. (c)
Like oil in a light.
Like gold in canvas. (c)
Like water of May. (c)
Little by little, you make the sunk full.
Little shit, little sheep carer (shepherdess).

M
Makes more who wants than who can.
Many cooks make a bad soup. (c)
March, old march; you kill the old woman near the fireplace.
May your daughters marry pregnant! (gypsy malefice).
Mother of God Lord.
My pleasure in a well. (c)

N
Never go to bed without learning anything more. (c)
Never rains how everybody wants. (c)
Never say: "I'll never drink this water" or "this priest is not my father". (c)
Newspapers content only a half of what happens, and a half of their contents are lies. (c)
No one can do an omelette without breaking the eggs.
Neither short, or lazy. (c)
Not for getting up earlier, it raises earlier. (c)
Not to have a silly’s hair. (c)

P
Palace things are slow. (c)
Policemen are not silly, if they see some cigarette ends in an ashtray, the say: "someone has been smoking here!". (c)
Price for price, big shoes (teats).
Priests and old-people, few and away. (c)
Procession goes by the inner part. (c)

S
Saint Peter blesses the thing that God gives someone. (c)
Shit in the rope and canvas shoe (merda a l’espardenya).
Shit yourself little parrot. (c)
Shut up and go to the jail!
So many times the bucket goes to the fountain that, at last, it breaks. (c)
Stomach knows about headache.

W
Walk the female bear. (c)
We are cart-men (muleteers) and we will find each other in the way. (c)
We are not made on stone.
We go well to go to Saints…
We were few people and grandmother (female donkey) borned a child! (c)
What a good of God.
What a roll, cake-face. (c)
What is the thing that catches more things than a hock?
What will we do? To sell the house and to live in rented one!
What's the matter with your body.
When someone is hungry, the bread is not hard. (c)
When the dog is thin, he is all feas. (c)
When the river sounds, it carries water. (c)
When you are hungry, there is not hard bread. (c)
When you will grow, you'll be a flower, but meanwhile, you are a bud. (c)
Where God lost his country shoe.
Where I said “I say”, I say Diego. (c)
Where saint Peter lost his rustic shoes.
Where given them taken them. (c)
Where there is a boss, sailor doesn't order. (c)
Where there isn’t, it doesn’t run with.
Where you have the bol don't put in the penis. (c)
Where you defecate, you leave the shit.
Who passes a day, pushes a year.
Who pays, rests; and who cashes, rests more.
Wide is Castle. (c)
With a friend like you, who needs enemies? (c)
Wine makes blood.
With a shoe and a country shoe.
With these oxen we must plough. (c)
Whith these things and a cake, till tomorrow at eight. (c)
Without head and feet. (c)
Without pain and glory.

Y
You are falser than a plastic Jude made in Japan.
You can't kill all fat ones.
You have drunk oil!
You invite me to a marriage!
You must eat for living, not live for eating. (c)
You speak French like a Spanish cow. (f)
You will eat it with your own bread. (c)
Your brass is being seen.
Your feather-team is being seen. (c) 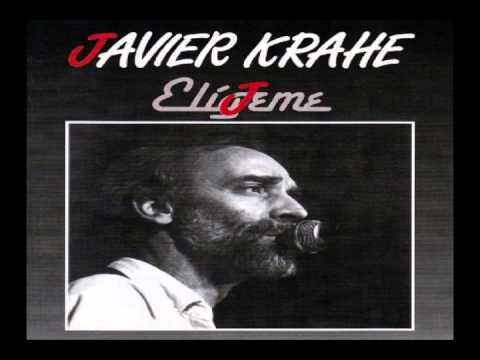